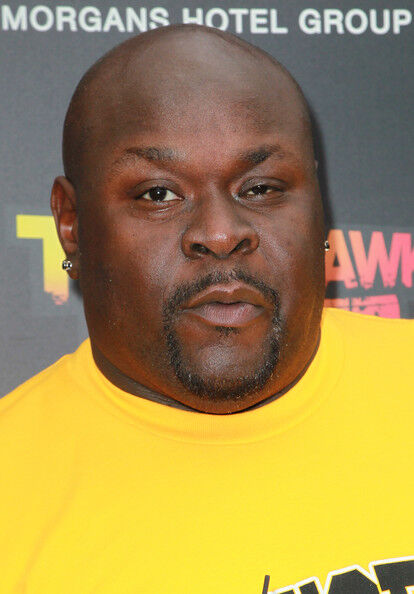 Christopher "Big Black" Boykin is a American entertainer, bodyguard, and musician, best known for his role in Rob & Big, he co-starred with his best friend, and co-star, Rob Dyrdek. He then made his return back to television on Rob Dyrdek's Fantasy Factory.

Boykin is a United States veteran, he was born in Wiggins, Mississippi. He has a girlfriend and an daughter named Isis Mae Boykin.

Boykin was hired to be Dyrdek's bodyguard to protect him from security guards. Boykin starred in Rob and Big, as well as Rob Dyrdek's Fantasy Factory

He was Rob's roommate until he had to leave the show because his girlfriend was having a baby, and he had to move out to attend to family matters. Boykin also created his own company clothing line called "Big Black" (BB/ Do Work), but later relaunched the line in 2010 with his friend, Nino Jones. In 2011, Boykin rekindled his relationship with Dyrdek and took a main role on Rob Dyrdek's Fantasy Factory. Boykin also had three guest appearances on Ridiculousness.

Retrieved from "https://rob-dyrdek.fandom.com/wiki/Christopher_%22Big_Black%22_Boykin?oldid=4223"
Community content is available under CC-BY-SA unless otherwise noted.