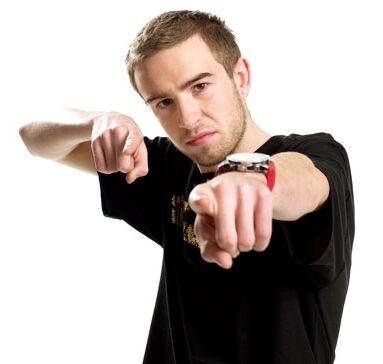 Christopher "Drama" Pfaff is a American record producer, Scott's younger brother and Rob Dyrdek's cousin and assistant. He first appeared in Rob and Big, he has a main role in Rob Dyrdek's Fantasy Factory, and he guest starred in Ridiculousness. Chris is a DJ , and is the creator of the line of t-shirts called, "Young and Reckless". Chris always gets his office destoryed because of Rob's building antics. Chris doesn't spend that much time with his brother, but started after Rob made them spend more time by hugging and jumping out of a hot air balloon. Chris is also the creator of the Loud Mouth Burritos as he wanted to take over the burrito game. Chris got hit by bull, just for the burritos to get sponsered. Chris' office used to be under the stairs.

Community content is available under CC-BY-SA unless otherwise noted.
Advertisement